Despite the cold and gloomy weather, I’ve been feeling a sense of renewed energy!

Spring is the season of growth and that’s the key theme of this month’s review.

When I first started this business, I described passive income as “planting trees” in an apple orchard. It’s the idea that hard work today will bear “fruit” (income) for many years to come.

This month, I’ve been following an SEO strategy of “planting” lots of new seeds (writing content) and letting them grow in the “rain” (ranking in Google’s algorithm).

But first, let’s jump straight to the results.

I completed several projects this month:

Revenue was generated more or less by the same pages than began ranking back in February. These pages were optimized and will continue to be tested to improve conversion rates.

In addition to affiliate income from Amazon Associates, I also earned commissions on a third-party product managed by ShareASale.

The most important thing I learned this month was on-page SEO.

I heard about it during an AuthorityHacker podcast featuring Kyle Roof, an SEO expert who is widely known for his scientific tests on Google’s algorithm.

In fact, one of his “claim to fame” stories is how he ranked a page #1 using “Lorem ipsum” (dummy text) for a competitive keyword for an SEO Signals Facebook Group challenge.

Funny enough, after this story was published by major SEO news outlets, Google manually de-indexed this site and several of Kyle’s other testing sites.

In short, Kyle’s science-driven approach to SEO can be summarized as:

Essentially, Kyle uses “fake keywords” to run controlled tests on Google’s algorithm. I won’t get into the details here but you can learn more at SEOIntelligenceAgency.

Okay, so here are my key take-aways from Kyle Roof:

The bottom-line for on-page SEO:

Even small sites (with low domain authority like mine) can do really well if you master on-page SEO and create a perfectly optimized page for Google’s algorithm. Kyle has a tool called PageOptimizer Pro that helps run the numbers for this analysis.

I’ve written before about upgrading content over time as it ranks better in Google.

This actually makes even more sense when you factor in on-page SEO.

Essentially, I’m planting a whole bunch of “seeds” (content) based on my keyword research.

Then I let the “environment” (Google’s algorithm) determine the winners. I use a rank tracker (Accuranker) to monitor how well my initial content ranks for its target keyword.

Then I monitor the rankings over a set period of time to evaluate how well the optimizations worked (ideally, the ranking has improved!).

I rinse and repeat this process until the article reaches #1 for its target keyword. In some cases, on-page SEO might not be enough on its own (may require internal or external links).

In other words, rather than a “one-shot” approach to content, I’m a big believer that continuous content improvement and testing yields the best results (ideally to a #1 position).

This month, I completed yet-another-link-building-campaign.

This time, I deliberately chose to run a manual (no email tools like MailShake) and small-scale campaign to see how effective it might be. Here’s why:

So in this month’s small-scale campaign, I contacted 14 carefully vetted link prospects:

Overall, not bad! Comparable results to my earlier campaigns with 50-100+ prospects.

I’m going to keep running with this type of customized campaign. It’s more time intensive but I don’t mind as long as it delivers good results.

Overall, this last month has been very encouraging.

I have two months left before my 1 year mark, at which point I will completely re-evaluate this business model and its future prospects.

PrevLast PostMarch 2019
Next PostMay 2019Next 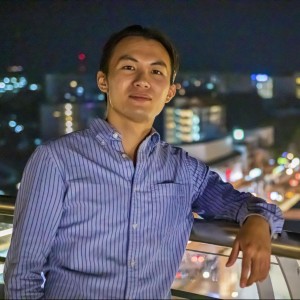 Tom Qiao
Welcome to my little blog! Here, I write about my experiences in affiliate marketing and SEO.